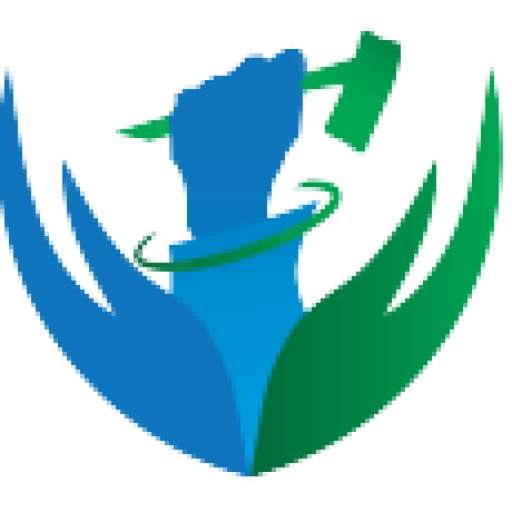 Hari Welfare Association Launched Annual Report on The Political Economy of Education in Sindh in 2021. 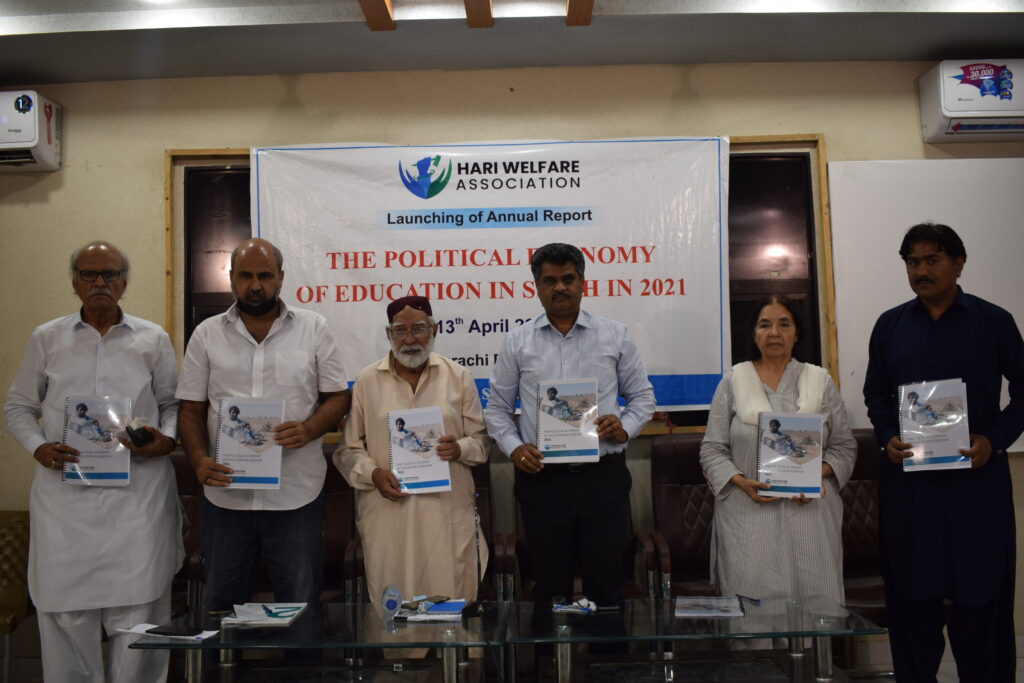 Karachi – 13 April 2022: The Government of Sindh (GoS) should come up with a concrete action plan to address the worsening state of education in Sindh, demanded the participants during the launching of the annual report ‘The Political Economy of Education in Sindh in 2021’, produced by the Hari Welfare Association (HWA). Akram Khaskheli, President of HWA said that the Sindh Ministry of Education charge was transferred from Saeed Ghani to Sardar Shah in August 2021. Both ministers have the same education and policies for children’s education and both did not take any concrete measures to rescue the dying education sector in 2021 and before.

Khaskheli regretted that the Sindh Education Profile produced by the Sindh Education Management & Information System (SEMIS) and the Government of Sindh has not been produced after its final version in 2016-2017. Similarly, after 2017-2018, the Pakistan Education Statistics is not published by the National Education Management Information System (NEMIS), run by the Federal Ministry of Education and Professional Training (FMEPT). The federal and provincial governments have stopped publishing data and statistics on enrolment, teachers, and institutions in the province. Both reports contained statistical data for understanding the economics and politics of education in Sindh. Absence of these reports clearly reveals the ill intention of the authorities.

Karamat Ali Director Piler, Saddiqa Salahuddin Chairperson Indus Resource Centre, Iqbal Ahmed Detho Member National Commission on the Rights of Child, Habibuddin Junaidi president Peoples Labour Bureau Sindh, Zulfiqar Shah PILER, Qazi Khizar Habib vice chairperson Human Rights Commission of Pakistan spokes in the launching ceremony, they said that no provincial advisory has been formed yet under 25-A/compulsory education, 240 billion budget is allocated for the education in Sindh in 2021-22, but there is problem of full and proper utilization, no committee has been formed at school level for corporal punishment, even no competent chairperson has been appointed they said that 70% children of Sindh are suffering in malnutrition, according to UN 9% of GDP should be utilized for the education and health, they said that If the number of out of children school decrease from 6.7 million to 6.2, no one knows that what happened with 0.5 million children, Only 4000 schools are high school out of 38,000 and these are for away from villages which is the reason of drop down of female education,  Technical and physical education centers are in worst condition

HWA said that the SELD has fallen short of educational requirements. The GoS did nothing to remove the untrained and bad-mannered teachers. Instead, the GoS has been hiring teachers on a contract basis since 2012. The GoS had temporarily terminated corrupt employees and teachers, but they were soon reinstated. The SELD created a five-year Sindh Education Sector Plan (SESP) from 2019 to 2024. There were no apparent initiatives in 2021 to meet the aims and targets set out in the SELD’s Early Childhood Care and Education Policy (ECCEP), which was introduced in 2017. In November 2021, the SELD notified the revised Rules of the School Clustering Policy 2016. The revision aimed to decentralize education service delivery in Sindh Province through school clustering for improved education quality and access, improve the province’s overall state of affairs, and provide for the decentralization of certain administrative and financial powers to the grassroots level. However, these Rules are the outcome of a top-down bureaucratic approach that has often undermined children’s right to education.

HWA said that Sindh Education Foundation is an example for SELD that how foundation is providing quality education in very remote areas of Sindh, foundation has ensured all basic facilities in schools including trainings for teachers.

HWA informed that the SELD’s budget increased from Rs.197.368 billion in 2020-21 to Rs.222.102 billion in 2021-22. The authorities have always claimed an increase in the funding, yet 6.3 million children are out of school; instead, the number of schools has decreased. The GoS has sought funds from foreign donors like JICA, World Bank, European Union, and USAID. This dependency on foreign donors for education is dangerous, especially for the primary and secondary education sectors. 2021 was reported to be a mega corruption year in the education sector but the conviction rates in corruption cases were zero. HWA regrets that GoS had not conducted a fair investigation of the dual desk scandal in which a desk was purchased for Rs29,500 as it was alleged by transparency international. The lowest evaluated tender pricing for these tenders obtained from responsive bidders ranged between Rs5,700 and Rs 6,860 per desk, including all taxes.

HWA noted down more than 228 news stories in the local media that have highlighted a wide range of issues and problems faced by students, teachers, and parents. All these matters negatively impact Sindh’s feeble education system. These a few news stories from every corner of Sindh indicate how complex and worst is Sindh’s political economy of education. Of these 228 news stories, 90 percent were related to protests by students, parents, and villagers on diverse issues, including non-availability of the school building, absence of furniture and basic facilities, absence of teachers, poor condition of school buildings, and injuries to students causing by falling school buildings. However, there were also reports about corruption and sexual harassment of students in schools.

HWA said that over the last ten years, the number of public schools (with and without buildings) has decreased significantly. The overall number of schools was 49211 in 2006-07, but that number dropped to 42,383 in 2016-17. Similarly, female schools decreased considerably from 8958 in 2007-07 to 5,385 in 2016-17, despite being already few. It is a concerning state of affairs in education. Following the 18th Amendment, the GoS began to receive greater finances from the federal government. However, instead of expanding, the number of schools has fallen. HWA observed that thousands of schools have turned into cattle pens due to the sheer criminal negligence of the concerned authorities.

In September 2021, the Sindh Education Minister Sardar Shah contested that Sindh had 6 million out-of-school children (OSC). However, he merely contested it but did not provide exact and justifiable figures. In July 2020, the provincial legislature was notified by ex-Sindh Education Minister Saeed Ghani that around 6.2 million children were out of school. The number of out-of-children (around 6.7 million in 2017) has climbed rather than dropped to 4.5 million or 6.2 million. From 49,211 in 2007-08 to 42,383 in 2016-17, schools have decreased. The number of schools did not rise from 2017 to 2021, but enrolment did. It is unknown with what magic stick they reduced the number of out-of-school children. In four years, the population of children in the province has also increased, increasing out-of-school children. HWA regrated that across the province School Management Committees (SMCs) were dysfunctional. The SMCs did not exist, if existed these existed only on papers; in some schools, these existed but did not function to serve the purpose of their formation. According to the School Education Statistics 2016-2017 report, 90 percent (38,219) of Sindh’s 42,383 schools have SCMs, whereas ten percent did not. The Sindh Rights to Free and Compulsory Education Rules, which were notified in December 2016, give SMCs a more significant role. Despite the CM Sindh’s declaration of education emergency in 2016, Sindh has yet to see any official announcement proclaiming an education emergency.

Hari Welfare Association (HWA) is a Non-governmental organization. It was formed in 2002 and formally registered in 2003. A woman chairperson leads HWA. Through research, advocacy and lobbying HWA aims to promote economic, social, cultural, civil and political rights of peasants specifically peasant women and other workers engaged in agriculture in rural areas of Sindh, Pakistan. It also aims to struggle for sustainable agriculture and opposes corporate driven agriculture transnational companies that are destroying rural people’s culture and nature.

About Us
Programs
Gallery
Media

Press Conference on Peasant's and Rural worker's i